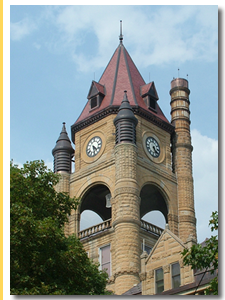 Family law is an area of the law that deals with family-related issues and domestic relations which include, but are not limited to:

Family law rules relate to both relationships between family members as well as a family and society. Family law reflects shared values by society pertaining to how people who are related should treat one another. Family law attorneys can assist people with prenuptial agreements, divorce, paternity, child custody and child support, and in some instances, adoption. When you are faced with an important decision pertaining to a family relationship, seek the legal advice of one of our experienced attorneys.

A marriage is a relationship between or among individuals, usually recognized by civil authority and/or bound by the religious beliefs of the participants. Because marriage often has the dual nature of a binding legal contract plus a moral promise, it is often difficult to characterize.

In some form or another, marriage is found in virtually every society. Marriage has traditionally been understood as a monogamous union. In some parts of today's world, polygamy is a common form of marriage. However, all states prohibit a marriage to more than one person. Marriage is also prohibited between close family members. A few of the more common restrictions are:

A marriage between blood related siblings, parent and child, and aunt or uncle and niece and nephew.
Generally the minimum age requirement for marriage is 18 years old, although some states permit marriage at a younger age if parents consent to the marriage.
One or both parties must meet state residency requirements.

It is mandatory in most states that a formal ceremony of some kind be performed with witnesses and a religious or licensed official.

Federal and state laws give married couples many benefits. Such benefits include:

In some instances, many couples find it advantageous to consult an attorney about entering into a premarital or prenuptial agreement. This is useful as it allows them to work through financial issues and the potential disagreements that can be created prior to marriage.

Common law marriage is a marriage that results from the actions of a couple despite the fact that they have not obtained a marriage license or fulfilled the requirements of a state's statutory marriage laws. Typically this means that a couple has lived together for a significant period of time, while having an agreement to be married and presenting themselves to the public as husband and wife. No state stipulates the exact time period, but generally a ten year old relationship is required. The evidence to prove the necessary intent includes such things as sharing the same last name, filing of joint tax returns and referring to each other as husband or wife.

In states which recognize common law marriage, once the requirements are satisfied, the marriage is treated in the exact same manner as any other marriage. Therefore, a valid common law marriage must typically be ended through a formal divorce process.

If you would like to schedule your initial consultation contact an Iowa family law attorney, representing clients in Des Moines, Iowa at the Lipman Law Firm. Give us a call at (515) 276-3411 or email us at This email address is being protected from spambots. You need JavaScript enabled to view it..